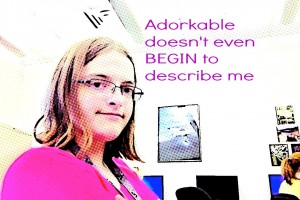 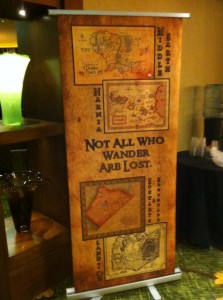 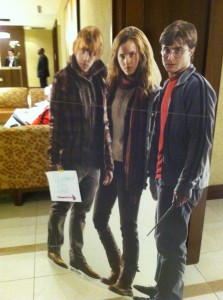 During the weekend, my family and I headed out to Conjuration. It was a first time fantasy convention in Atlanta. It’s major fandoms were Harry Potter, Lord of the Rings, and The Chronicles Of Narnia. If course, there were many other fandoms represented as well. My parents were helping with registration. 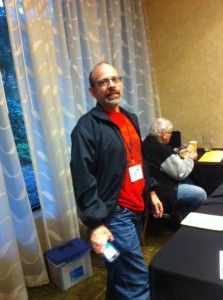 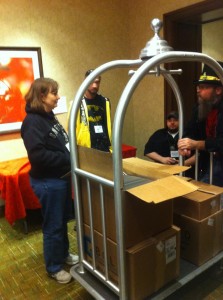 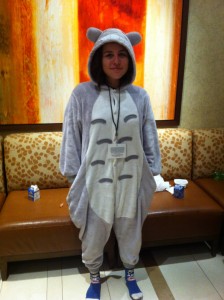 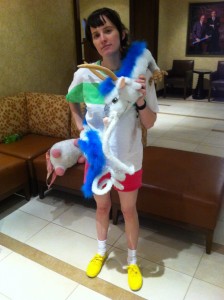 Also there was a surprising  number of people who told my parents at the registration that this was their first con. There were a lot of parents taking the kids to the convention because the kid is a fan of one of the fandoms  shown at the convention.

Since it was the first year of the convention, so there were some problems. The dealers room, essentially the community shopping center, was pretty weak. It was mostly artists and writers. 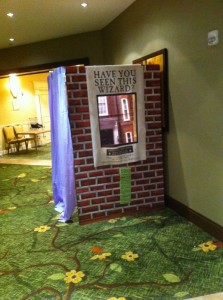 Also, there weren’t any people checking badges, which struck me as odd. I would think that at a convention, to prevent people from getting in without paying, there would be those. 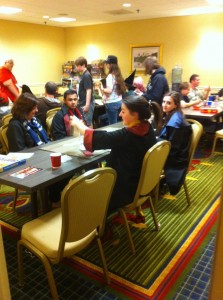 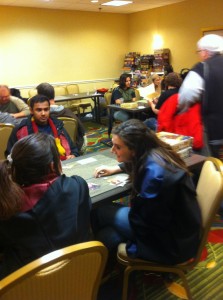 Aside from that, it was a pretty good con. Despite there being a few problems, I could totally see this con happening again next year. The fundamentals are in place, and if the people running the convention tweak things a little bit, it will only get better. 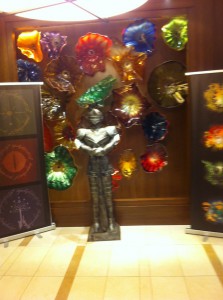 I didn’t actually go to many panels. Since it was the Con’s first year, there weren’t that many panels that I was truly interested in. Also, my family wasn’t staying at the hotel, and it took us a hour to get there. Thus, I wasn’t able to go to later panels. A lot of the more interesting panels were later at night.

The panels I did go to were interesting. One, for example, featured an improv group. It was called “On the Next Episode of.” They watched a episode of the cartoon Dungeons & Dragons, and then acted out what they thought would happen on the next episode. It was really funny. 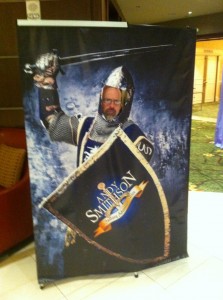 Of the things I did, my favorite was the Deatheaters game. It is essentially Mafia or Are You a Werewolf, but with a Harry Potter theme. There was also eight special characters. I know that sounds like a lot, but we had 30 or 40 people in that panel. We didn’t even finish the game, because it was their first time trying the game out and everyone was loud. 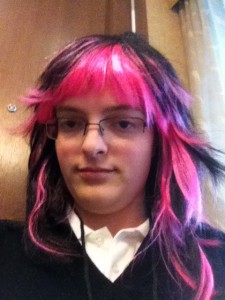 I actually, on Saturday, decided to cosplay as a generic anime girl with a katana. I wore a wig I got at Party City, a school outfit, and wielded my plastic sword that I got when I took karate. Unfortunately, my outfit included a skirt and a shirt with short sleeves on a day that was very cold. I was inside for most of the time, but I was still cold. 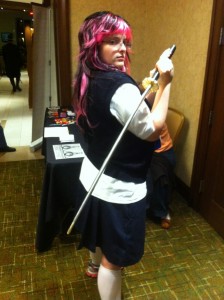 As you can see, I had an interesting weekend at Conjuration. 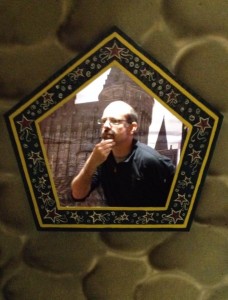 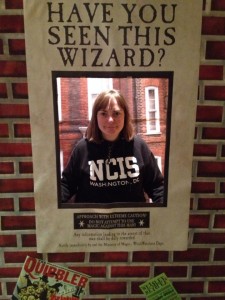 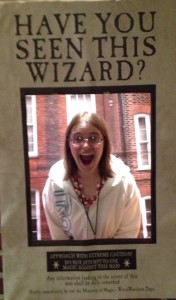